Children’s imagination is something that is worth encouraging as it brings out some really interesting conversations and stories. When it comes to stories, my little champ has the knack of coming up with his own little story, his version of what he had seen or what he did and so on. I can feel ideas zooming around his head as he keeps himself engaged.

So when I received three packs of Colgate, I was super happy to show it to my little one and he immediately took me to the bathroom and showed me that it is the same toothpaste that we are using. I nodded in acceptance and appreciation that he can identify similar looking things. I was hoping that he com out with an interesting story and so he did for #ColgateMagicalStories.

‘A’ telling a story #ColgateMagicalStories

I helped him in cutting out the packs carefully and then joining them since he is a bit too young for it.

In the morning I had mentioned to him about the festival of Holi and taught him to wish everyone ‘Happy Holi’ tomorrow since it was the day of the festival.

He then said to me some lovely things about his toothbrush, toothpaste, the cut-outs which I had introduced to him and the festival of Holi which I am weaving it into a wonderful #ColgateMagicalStory.

Once there was a child who believed in brushing his teeth twice daily and in Santa Claus. His parents had inculcated a good habit of brushing once in morning and then at night. They were quite generous in fulfilling his genuine demands, but only on Christmas under the guise of Santa Claus. Thus, they ensured that their child believes in miracles and stays positive when he grows up.

So while brushing his teeth with his favourite red coloured toothbrush at night, he went into a dream mode.

“The time has come. Your spaceship is ready for the mission. Get ready, Adi.”

“He was fond of airplanes, but now he isn’t flying in an airplane but in a spaceship! “Sometimes miracles do happen”, quipped his mom in happiness.”

“Good luck, Adi!” wished his mom and off he set for his first expedition.

He waved his beautiful Earth good-bye as he entered space. He was extremely energetic and happy, screahtgtrr43w3eeeeeeeeeeeeeeming his way forward in the spaceship.

“Wow! The space is so colourful!” He exclaimed as he passed the various planets. The environment was full of fun, with each planet throwing colours of happiness in the air, laughing, dancing and just celebrating.

He was so excited that he did not even realize that he had completed two rounds circling the planets.

Upon reaching back home to mother Earth, he narrated his experience and the colourful visuals he witnessed.

To which, his sir replied, “There is no reason for happiness. It is up to you to be happy and when you are happy, it calls for a celebration”. So celebrate life as it comes and keep smiling!”

Baby, have you done brushing your teeth? Come out now, it’s time to go to sleep!

“I’m blogging for my #ColgateMagicalStories at BlogAdda in association with Colgate.” 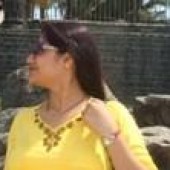 Lead A Happy Life and #JiyoBefikar With Bajaj Allianz Life