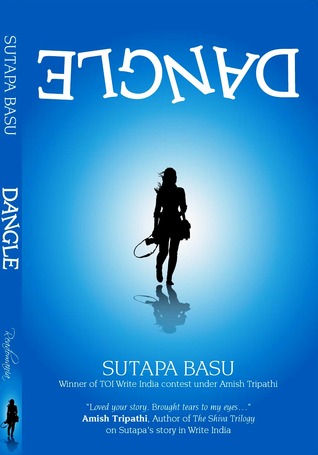 Blurb
Stunning, svelte, smart Ipshita is a globetrotter. She treks across the world to gather bytes for the travel chats she designs and hosts for TV channels. Despite being a self assured and sophisticated entrepreneur, Ipshita is haunted by a nameless fear. Social interaction with men unleashes psychotic turmoil inside her, making her wary of male attention. Yet, the cold and aloof Ips is inexorably drawn to the three men she meets at different points in her journey.
Her arousal to the overtures of these men catches her unawares. Well-built defenses break as her dormant sexuality goes into overdrive until she discovers the horrifying truth about them…and herself.
Life puzzles. Secrets tumble out. Will she be able to reclaim her life or let it dangle?
Read an excerpt from Dangle
The lilt of a flute fills half shadows. Emerald green silk unfurls to lavender hills. Mist gives way to a golden spectacle. Thickly embroidered into flowing waters are hundreds of lotuses. Sunlight dazzles on ruby, sapphire, turquoise, and amethyst that reluctantly open their layers to reveal honeyed hearts. The humming of multitudes of bees reverberates in the room. Intoxicated by the sun-drenched perfume of blossoms, they weave in and out of the pattern. Sheer colours daze the senses. Drumbeats intrude softly, only to rise to a crescendo.
Another shape enters the frame. Hazy at first, the outlines darken gradually. It is an empty square etched in bold strokes holding within it diagonally a metallic piece curved to the bent of an index finger. The lens zoom out.  The shape takes definition. It is  the trigger of a snub-nosed AK-47. The drums fall silent.
Everybody holds their breath. There is a thud and the face of Beauty is blotted with a gun stamped on it. There is a collective gasp. The screen stills. Strobes pick out a small crowd, including cameras on cantilever arms. Each person in the room is mesmerized…nobody can look away.
Giving a couple of seconds for the impact to sink in, the focus beams on Ipshita, the host. She begins the chat. Microphones pick up frequencies of her voice, enhancing its soft huskiness. Statistics and logistics start appearing on two screens flanking the bigger screen on which images are projected. She proceeds as visions of  paddy fields, streets of Imphal, slim girls in phaneks with long raven-black hair flying, fishermen casting bait, rowing boats, sitting still as rocks for fish to bite fill the screen behind her. She goes on to the fascinating scenes of Loktak, the floating islands, the fisherman’s hut and through her words she builds up a metaphor. It is of Manipur, a dainty nymph struggling to escape rape by Mars, the god of war. She is crushed, yet nothing erodes her indomitable spirit. 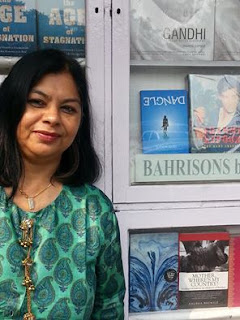 An author, poet and publishing consultant, Sutapa Basu also dabbles in art and trains trainers and is a compulsive bookworm. During a thirty-year old professional career as teacher, editor, and publisher, she travelled the Indian subcontinent, Nepal and Bhutan. She has visited UK, USA, Dubai and Singapore while working with Oxford University Press, India and Encyclopædia Britannica, South Asia until 2013 when she decided to start writing seriously.
Sutapa is an Honours scholar from Tagore’s Visva-Bharti University, Santiniketan and holds a teaching as well as a masters degree in English Literature.
As a publisher, Sutapa has developed and published around 400 books. Recently, her short story was awarded the First Prize in the Times of India’s nation-wide WriteIndia Contest, under author, Amish Tripathi. 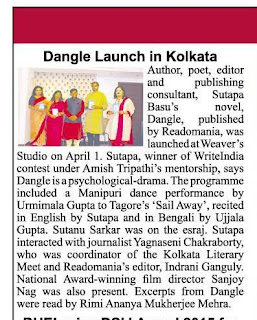 Cover Reveal: All Signs Lead Back to You by Aniesha Brahma