DANCING WITH DEMONS
by
Nidhie Sharma 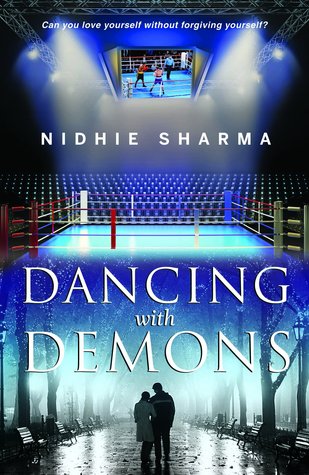 Karan Pratap Singh is on the brink of winning the Amateur Boxing Championship, when in a moment, he loses it all. His fall from glory seems fuelled by ruthless arrogance and an out-of-control anger management problem. That, however is just symptomatic of a deeper issue. Buried under layers of his fractured subconscious lies a childhood secret he cannot come to terms with.
Sonia Kapoor is a beautiful, volatile young woman with a secret that torments her at night but a secret that she feels no guilt for.
When fate throws Karan and Sonia together in Mumbai, their personal demons and pasts collide and stir up trouble in their fragile and uncertain present. But, is redemption possible without forgiveness?
Dancing with Demons is a fast-paced action drama of love, loss and resurrection.

Review: Dancing with Demons is a love story of a sportsman. What kept me intrigued is the lovely book cover to start with and then the amazing plot.

The story is about Karan Pratap Singh who is touted to be the next big thing in the boxing world. But, things went wrong during his biggest match. He lost the match and even got a four year ban from boxing. Here, the chemistry between the coach and the protégé is brilliantly brought up and somewhere I could feel the pain of his coach, Jerry.

Sonia who has her past and Karan who has his demons to fight are put together, as she turns up as a paying guest in his apartment. Life is not easy for both of them as they somehow strive hard to earn a living and make ends meet. Here, the love –hate relationship between them is very nicely brought out and it is one of the factors that kept me turning pages.

Subsequently, both of them decide to face their demons and set ahead in life with right foot forward.

The plot is superbly etched and each and every character is so nicely brought out that it had a lasting impression on me. I could easily visualize everything right from the start and it shows how good the narration and plot is. I could not find even a single dull moment in the book.  The other interesting thing is that, the book will soon be made into a motion picture.

Overall: The book is simply difficult to put down and it kept me entertained right from the start. I would recommend this book to one and all and especially to those who love reading romantic fiction.

Grab your copy @
Amazon.in | Amazon.com | Flipkart
Watch It…
ABOUT THE AUTHOR 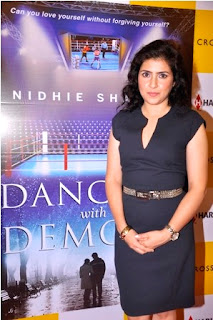