A couple of years ago, I was on my way to Goa, in a bus, which had a majority of the ride during the night time. Generally, I avoid sleeping when on long journeys and so even at that time I decided to simply poke my nose at the window pane near which I was sitting and see the lights pass behind me. We had hit the highway after sometime and instantly met a huge queue of trucks waiting for their turn at a toll collection.
Inquisitive me, I got down from my bus and took a stroll watching the bevy of trucks. The first thing that I noticed was that most of them were old. Then majority of the truck drivers were honking and seemed agitated whereas only a few were waiting patiently. Some were yawning, some rested their heads on the steering wheel while the rest were glued to their mobiles. I took a closer look at one of the trucks and got a glimpse of the cabin. It stank from sweat and heat, dirty clothes and I did feel that the cabin was way too hot than in other vehicles.
But all this seems to be passe with the all new Mahindra Blazo. 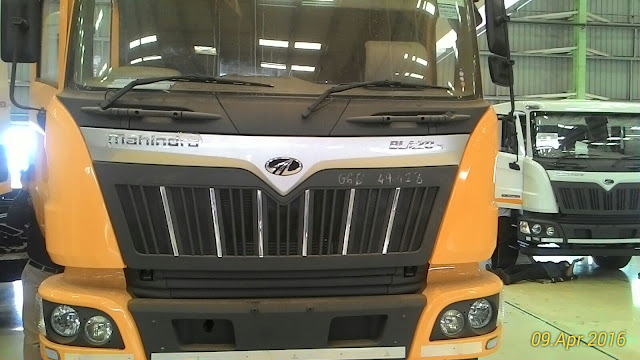 It was a pleasure to having been invited to visit the Mahindra factory at Chakan near Pune and it was an experience of a lifetime for someone who is keen about driving and vehicles.
As you can see from the picture, the Mahindra Blazo looks extremely stylish from the front with dual head lamps, long side mirrors on both ends and some lovely bright and sunshine yellow colour. Moreover, I will not be wrong if I say that the Mahindra Blazo is India’s first Smart truck. I will come to the reasons but before that let me show you a glimpse from my Chakan plant visit. 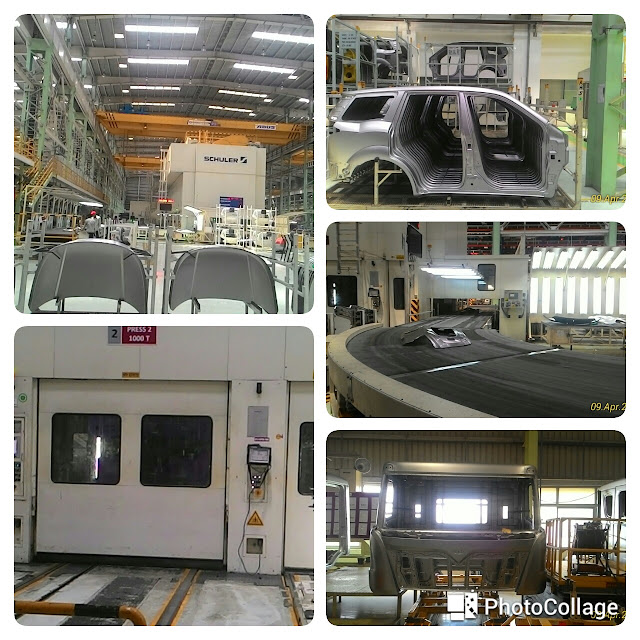 The Chakan plant is a well equipped with all the modern and advanced equipments and technologies to manufacture a vehicle. Most of the vehicle manufacturing activity is fully automated with robotic arms working on various parts of a vehicle. This plant has less intervention of humans as most of the processes is automatic. 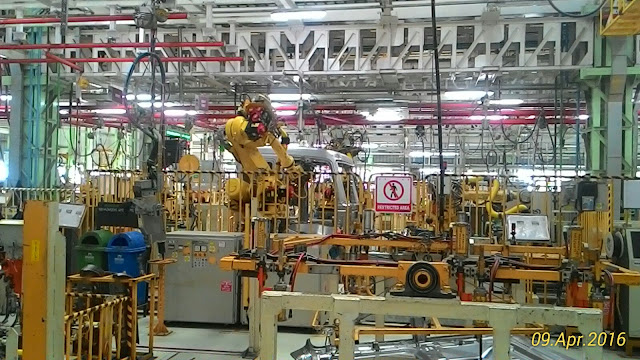 The most interesting thing is that the plant uses more of natural light for working rather than using bulbs and tubes and follows the process of converting waste into recycled materials. That’s Mahindra & Mahindra’s way of  working. The session was a highly interactive, informative and educative.
Now coming back to the Blazo, the Blazo is developed on the concept that OK is no longer OK. It is high time to stop compromising on comfort and convenience and it is something which is rarely seen in the trucks of today’s time. Along with that, the other two features which completely sets Blazo apart from the competition is the Fuel Smart Technology. The fuel smart technology comprises of Fuel Smart Switches and mPower Fuel Smart Engine. 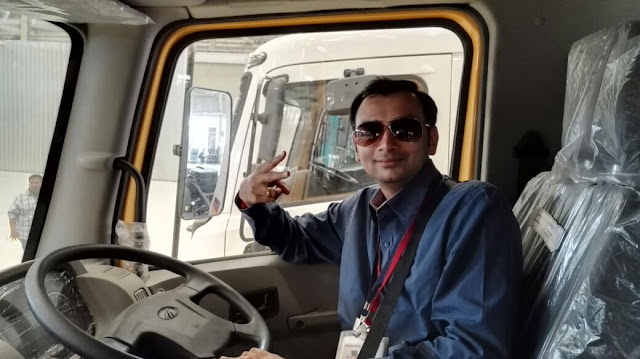 The Fuel Smart Switches – Light, Turbo, Heavy helps in providing the drivers a superb mileage without compromising on power.
1) Light mode – When load is less or nil
2) Turbo mode – When carrying the load on a steep incline
3) Heavy mode – When carrying full load but not on incline
So when the truck is low on weight, the driver can use the light mode and interchange according to the weight on the truck. So more mileage means less spending on fuel and more money in terms of profit.
Along with this, the Blazo also has a mPower Fuel Smart Engine with a 7.2 litre displacement with plenty of reserve capacity for outperforming every time you use the switch and it also brings down the emissions, thereby giving a cleaner and a greener truck.
Along with that, Mahindra Blazo also provides a service guarantee to get the truck back on road within 48 hours. If the truck doesn’t get back on road within 48 hours, then Mahindra will give Rs.1000/day. In addition to this, there is a 24*7 call centre with 7 regional languages to help the drivers in case they are stuck with some technical failure. 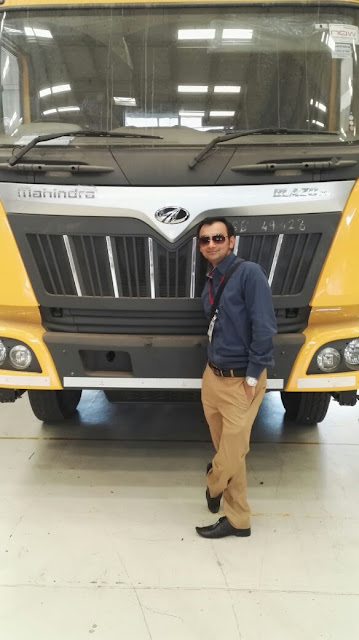 Mahindra has undergone a very diligent study for years. They know that most of the truck drivers spend majority of their time inside the truck and hence they have equipped the cabin in the Blazo with all features to provide safety and comfort to the truck drivers. So features such as:
1) 4 point suspension cabin with ABS
2) AC vents (oiptional)
3) Company fitted overhead fans
4) Ergonomically located controls for easy control and navigation
5) Adjustable steering wheels
6) A full length sleeping seat
: will definitely help the driver/s inside the cabin to enjoy a car like cabin experience which is again a first in its class.
The Mahindra Blazo comes with smart technology to give better mileage. So if you find that your truck is not giving a better mileage as compared to your current truck, then Mahindra will return your money back. Now that’s some brave promise here. Isn’t it? 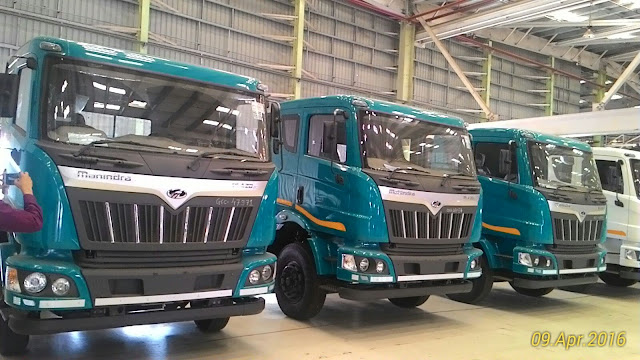 So with lot’s of exciting features in a Truck, Mahindra is challenging the norm that of OK and comes out all guns blazing with this SMART Truck, BLAZO asking the drives to say ‘OK Is Not OK’ and switch to Mahindra Blazo.
Check the below video which will give you a glimpse of how the cabin of the all new Mahindra Blazo is and how it doesn’t look like a truck cabin at all.

I am blogging about my exclusive experience at the Mahindra Blazo Smart Truck manufacturing unit with BlogAdda.

FYND – To Find Your Perfect Style