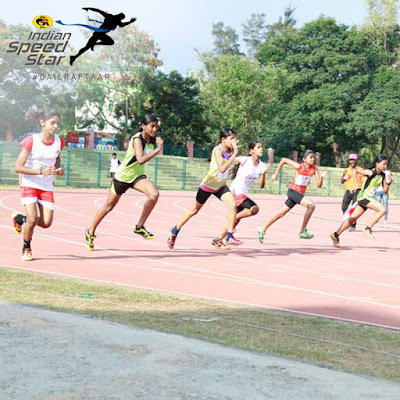 GAIL (India) Limited has embarked on a grassroots athletics program GAIL-Indian Speedstar which is aimed at unearthing young talent across the length and breadth of India. GAIL (India) Limited and National Yuva Cooperative Society (NYCS), launched a grassroots athletics program GAIL Indian Speedstar on the 22nd of March, 2016 at the Constitution Club of India, New Delhi.
National Yuva Cooperative Society has tied up with Anglian Medal Hunt Company as its Technical Partner for The GAIL Indian Speedstar project. The persisting, epoch-making attempt before – focused grassroots program aims to create a pool of athletes with knack which will possibly bring honor for India in track events at the highest echelon of sporting events – the Olympics 2020/2024.
The reason to launch this program is to identify, select and nurture the hidden talent in athletes. The targeted age group is 11 – 17 years in 100m, 200m and 800m track events across.
A panel of eminent sports-persons like P.T Usha, Rachita Mistry, AnuradhaBiswal & Kavita Raut have been appointed in the selection committee to support selections and guide coaching camps. As members of the selection committee their role would include creating the selection criteria or the GAIL-Indian Speedstar program, and developing the training plan and module for the selected athletes at the National Level.
‘Legendary athlete P.T. Usha launched the initiative alongside the organizers DrAshutoshKarnatak,
Director (Projects), GAIL (India) Ltd, Rajesh Pande – President, National Yuva Cooperative Society Ltd (NYCS) and Maneesh Bahuguna- CEO, Anglian Medal Hunt Company.
District trials were conducted under the watchful eyes of coaches and selectors, appointed by the selection committee. The selection of the athletes was based on talent identification and selection criteria set by the selection committee.
Initiatory, in its first year, earlier this year with initial trials conducted at 55 districts across 10 states in which more than 25,000 children participated out of which 850 children made it to the State level.
Shri Dharmendra Pradhan, Hon. Minister of State (I/C) Petroleum and Natural Gas, Dutee Chand, AnuradhaBiswal and Purnima Hembram; selected ambitious young athletes from Bhubaneswar, Odisha. 14 children have qualified for the National level trials while Shri Dharmendra Pradhan ji, praised and motivated the selected candidates for National level trials.
Camp and Selection
The first State level camp and trial was organized on 27-28th of February in SawaiMaan Singh Stadium, Jaipur where 60 boys and girls participated out of which 4 have qualified for the next level. The state trials wereheld in Odisha (14 Selection), Delhi (28 Selection), Kerala (28 Selection) &Jharkhand(4 Selection)followed by Maharashtra and Gujarat in the last week  of April.  The shortlisted children from the State trials will then participate in the National camp and selection which is scheduled to be held in May 2016 at Jawaharlal Nehru Stadium, New Delhi. Shortlisted athletes from state trials will attend an intensive national level camp.
At the conclusion of the coaching camp, final trials will be held. Winners will be selected based on the qualification criteria and their potential. The winners will be given extensive training throughout the year. The top 9 athletes will then be provided with a world class coaching for over a period of 5 years with an ultimate objective of one of these athletes to represent India at the Olympics.
For more information on Gail-Indian Speedstar please visit http://www.gailindianspeedstar.org
You can also watch a video grab of Treasa sharing her winning moment here. 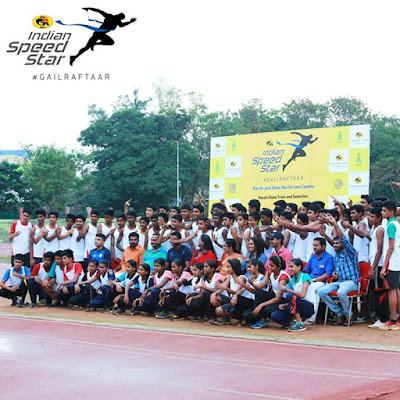 Ads That Speak – The Chef by James Patterson

Ensemble for this Festive Season – 2