Go to Book No. 88
Check all the Books Here 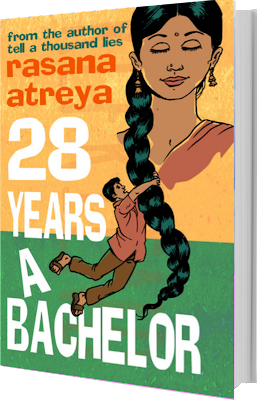 Name of the Book: 28 YEARS A BACHELOR
Author: RasanaAtreya

It is a truth universally acknowledged, that an Indian woman in possession of a son with an engineering degree, must be in want of a daughter-in-law with an outsized dowry.
Which can be a problem when said son is vehemently opposed to dowry. He is also opposed to city living, to meddlesome neighbours, to wacky grandfathers and to caustic grandmothers. But when he’s blessed with all of the above, what’s man to do?
From the author of ‘Tell A Thousand Lies’. Shortlisted for the ‘2012 Tibor Jones South Asia prize’. UK’s Glam magazine calls this novel one of their ‘five favourite tales from India.’
Also, author of ‘The Temple Is Not My Father.’
You can also buy @ 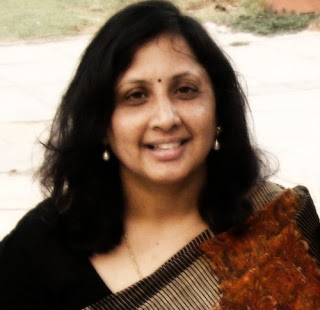 RasanaAtreya
Rasana is the author of Amazon bestseller ‘Tell A Thousand Lies’, which was also shortlisted for the 2012 Tibor Jones South Asia award. UK’s Glam magazine calls this novel one of their five favourite tales from India (June 2014). Her other works are ‘The Temple Is Not My Father’ and ’28 Years A Bachelor’.

Now on to more personal stuff – Rasana would like to be able to tell her readers that she once stopped a robbery single-handedly, except she’s terrified of robbers. And geckos. And two-year-olds who throw tantrums. When she’s not running scared, she’s mother to a girl and a boy who were respectively six and eleven years-old when they wrote and illustrated ‘The Mosquito and the Teapot’. She lives with her husband and children in Hyderabad, India, where a lot of her stories are set.

Stalk her @
Website | Twitter | Facebook
Go to Book No. 90
Now for the Rafflecopter: Gather as many points as you want to. The more points you get, the more you have a chance to win it all. Show your love for books.. Tweet, Like and Spread the Word… Thank you for being a Reader… You keep the Authors motivated… This is our way of saying a Thank you 🙂