Go to Book No. 82
Check all the Books Here

Name of the Book: THE RAY SYNCHRONICITY 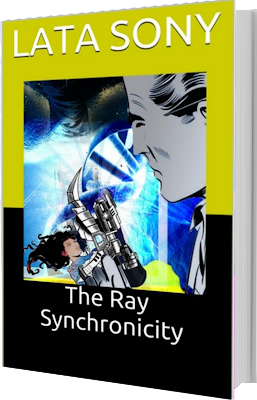 In a busy market place, Major Vohra spots a suicide bomber from his eBombVest. He whispers his suspicion to a stranger near him. The stranger takes out a gun and shoots the bomber between his eyes. To Vohra’s surprise, instead of keeling over the bomber visibly changes and confesses.
That’s the Bioray gun at work. No one knows from where the gun and the other Bioray weapons arrived and why. The military maintains a dignified silence. The politicians reveal nothing.
But it’s no use trying to keep these weapons a secret. Because nothing is hidden from the powers that really matter — the Rays and the Shadows.
At a place where metaphors turn literal, where feelings take shape and come alive, reside the Universe’s oldest powers. Assisted by Time, they create a series of events to bring in a new age.
The powers believe that mortals Ketu and Arnavi are the best bet to bring in the future. If their past doesn’t kill them first, that is.
You can also buy @ 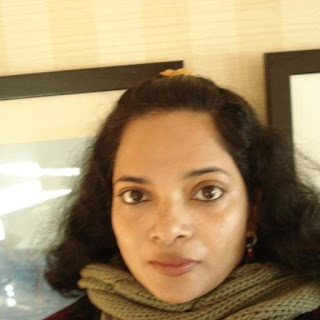 Lata Sony
Lata Sony’s mantra is to go along with life until something different comes along. Like the average software professional, she merrily went about her life in the quest to attain the ultimate rating of outstanding performance next appraisal, when along came a famous palmist who foresaw her future as a novel writer. So she participated in a contest with a publisher and won the first round for a publishing contract, when along came India’s most successful self-published author Rasana Atreya. Lata got so sold on Rasana’s posts and talk at an Amazon event that she abandoned the contest and the traditional marketing bandwagon to jump into the self-publishing one. Does it come as a surprise then that her debut book is titled after synchronicity?

Spiritual at heart, Lata Sony likes to convert mythological Gods and demons into extra-terrestrial beings and their blessings and curses into thought-missiles that trigger destructive or constructive actions in humans. Read her books to unravel spiritual mysteries the science-fiction way.

Stalk her @
Website | Twitter | Facebook
Go to Book No. 84
Now for the Rafflecopter: Gather as many points as you want to. The more points you get, the more you have a chance to win it all. Show your love for books.. Tweet, Like and Spread the Word… Thank you for being a Reader… You keep the Authors motivated… This is our way of saying a Thank you 🙂

Tornado Giveaway 2: Book 12 – Jaya: An Illustrated Retelling of the Mahabharata