Go to Book No. 74
Check all the Books Here 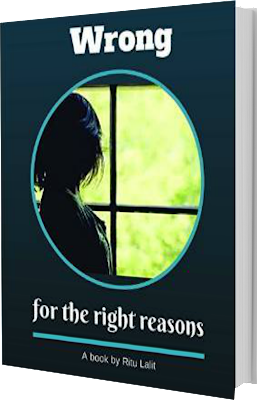 Name of the Book: WRONG FOR THE RIGHT REASONS
Author: Ritu Lalit

Shyamoli Verma’s timing is wrong. In her late twenties, she finds that her marriage is irrevocably broken. She comes back to her parents with her pre-teen son and an infant daughter, only to find that she is unwelcome.
Independent and brash, she decides to bring up her children and also get a divorce without any support from friends and family.
Written with wry self deprecatinghumour, this is the story of a divorced woman’s quest for love and security.
You can also buy @ 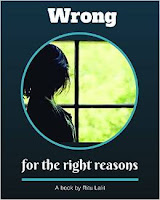 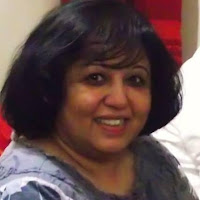 Ritu Lalit
Ritu Lalit is a corporate slave turned fiction writer. A voracious reader, she is a gold medalist post graduate in English Literature who spent most of her childhood in remote areas in the northeastern parts of India, lying on grassy hillsides daydreaming and reading books.

She loves spinning tales, but no longer has her captive audience as her children grew up and flew away from the coop. Her three dogs don’t pay much attention. She began writing in the vain hope that the characters she creates will listen to her, even do her bidding.

She has five books out in the market, A Bowlful of Butterflies, HILAWI, Chakra, Chronicles of the Witch Way and Wrong, for the Right Reasons. Her fifth novel, His Father’s Mistress is coming soon.

Stalk her @
Website | Twitter | Facebook
Go to Book No. 76
Now for the Rafflecopter: Gather as many points as you want to. The more points you get, the more you have a chance to win it all. Show your love for books.. Tweet, Like and Spread the Word… Thank you for being a Reader… You keep the Authors motivated… This is our way of saying a Thank you 🙂

Honey I Grew Up The Kids – New Year Resolution