Go to Book No. 23
Check all the Books Here 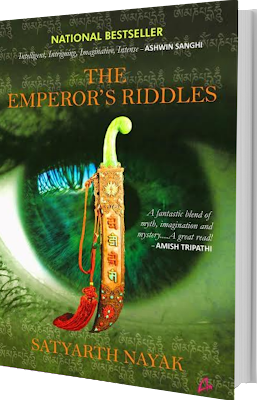 Name of the Book: THE EMPEROR’S RIDDLES
Author: Satyarth Nayak

Carrying quotes from Amish Tripathi & Ashwin Sanghi on its cover, this new mystery thriller, described by Hindustan Times as ‘a gripping tale of intrigue’and by The Hindu as a ‘heady mix of history & mystery’, has already made it to several Top 10 Bestseller charts.
More terrifying than the savage murder of historian Ram Mathur on the ghats of Ganga, are the questions that follow. Desperate for answers, Sia turns to esoteric writer & friend Om Patnaik. But what begins as a hunt for the killer, becomes an extraordinary trail of riddles strewn across the country, that must end at the gates of an enigma.
An ancient enigma so powerful that even gods would kill for it!!!
In another time and space, rules an Emperor who plays with phenomenal forces that make him supreme…who faces these very forces when they threaten the survival of the human race. An Emperor who must ultimately pay homage to the enigma…
As Patnaik and Sia race from one riddle to another, towards a royal secret that has remained alive for centuries….will the final truth, save them or destroy them forever?
The path beckons. Can you solve The Emperor’s Riddles?
You can also buy @ 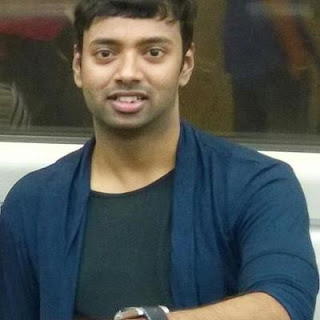 Satyarth Nayak
Satyarth Nayak is an author, script-writer & journalist based in Delhi. Holding a Masters Degree in English Literature from St. Stephen’s College, Delhi, writing has always been a prolific passion. His short story ‘Eve’ won the prestigious British Council Writers Circle Prize in 2006. In 2011, two of his stories ‘Music and Lyrics’ and ‘The Opportunity’ were selected for the celebrated Chicken Soup for the Soul series. As a TV journalist, he has worked with premier news channels like NDTV and CNN-IBN. Working for CNN-IBN as a Health Correspondent, he was felicitated with the SAARC Heal Honour for Excellence in Health Broadcasting Award in 2008.

His newly released debut thriller ”The Emperor’s Riddles” is a tribute to his uncanny interest in the esoteric. This is his first full length novel.

Stalk him @
Website | Twitter | Facebook
Go to Book No. 25
Now for the Rafflecopter: Gather as many points as you want to. The more points you get, the more you have a chance to win it all. Show your love for books.. Tweet, Like and Spread the Word… Thank you for being a Reader… You keep the Authors motivated… This is our way of saying a Thank you 🙂