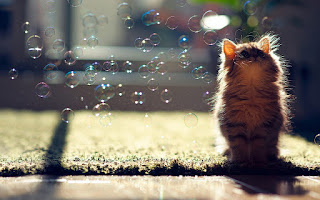 He was staring at the boy blowing bubbles from a soapy warm liquid and eyeing them till they would vanish in the thin air.
The times of he doing exactly the same; chasing each and every bubble that he blew, trying to catch it in his palms until it would burst and suddenly vanish away from his sight, appeared in front of him.
For him, life itself was a bubble where he chased and chased for things.
Sometimes life would have him lap up things easily, zoom his graph at jet-speed and the very next moment he would find his graph plummet at the same speed with him chasing even for the basic of things.
But for now, he lived happily in his own little bubble, what we usually call a pavement, gazing at the stars and reminiscing his old and young days.

What it’s all about: Five Sentence Fiction is about packing a powerful punch in a tiny fist. Each week I will post a one word inspiration, then anyone wishing to participate will write a five sentence story based on the prompt word.
This week’s word: BUBBLES