A Musical Extravaganza that I Loved

There are some privileges which the blogger community gets to enjoy. One such privilege which I as a blogger got was to attend a Rekha Bharadwaj concert at Phoenix Market City, courtesy Blogadda and I happily lapped upon the opportunity. It was a VVIP pass which allowed me to have a front row seat after the respected dignitaries had made their presence, seating on the rows ahead of me. 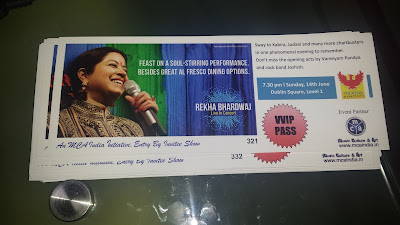 The live performance was held at the Dublin Square, Level 1 at Phoenix Market City and I was extremely eager for the concert to start. I arrived at the venue a bit early than most of the other concert enthusiasts and grabbed my seat. Rehearsals were going on stage by the Rock band Joshish. It lasted for few minutes and it was almost time for the concert to start.
Crowds had started to swell and it began with a little singing star Varenyam Pandya. With his soulful voice, he sang some of the famous songs from Bollywood movies and had the crowds in twist when he sang a couplet in Arabic. The crowd was simply left awestruck with the sheer control on his voice and modulation.
After the young prodigy, it was time for some Rock music and the Joshish band made it to the stage. The trio sang songs from their soon to released album and I must say the lyrics of each and every song were fantastic. I liked their last song ‘Nasedhi Hai’ which had the crowd involved and grooving to their beats. 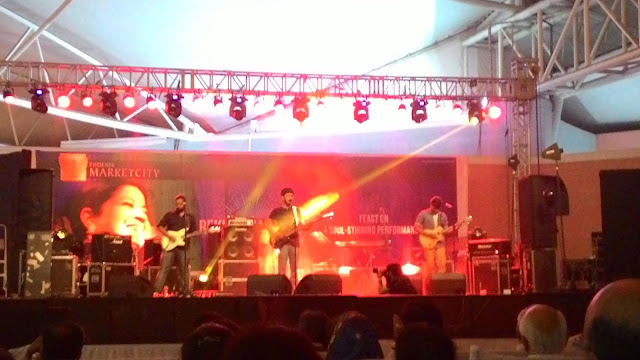 Post which, it was the time of the evening when each one of us had eagerly awaited the performance from none other than the Sufi sensation, Rekha Bharadwaj.
She was on stage with her ensemble and we were all eagerly awaiting to be swooned by the melodious and soul stirring voice. She graced the stage with some of her hit songs like ‘Tere Ishq Mein’, ‘Kabira’, ‘Darling’, ‘Genda Phool’, ‘Humri Atariya’, ‘Ranjha Ranjha’, among others. She almost had the crowd swooning to her voice and touched a chord with us. It was mesmerizing to see her on stage, singing and grooving to the beats while we were left to enjoy her melodious voice. 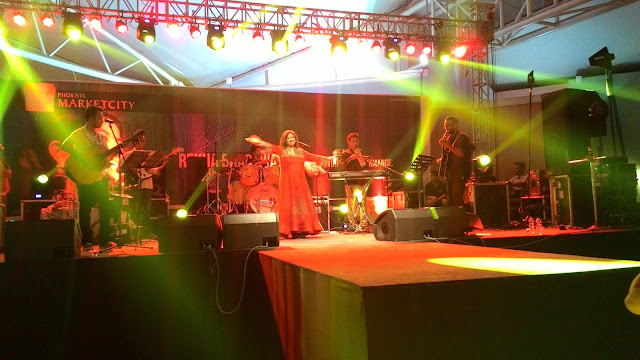 Apart from the VVIPs, there was another section of crowd standing along the sides of the stage, just to get a glimpse of her and listen to her melodious performance. She is no doubt famous among young generations and the elder ones alike. The ambiance and the setting made the event even more exciting when she decided to introduce her ensemble and each one of them mesmerized us by playing their instruments. It was definitely a WOW moment especially for me apart from the songs Rekha Bharadwaj sang.
Just about when it was time for such a lovely evening to end, the crowd was given a memorable surprise by her, when she, for the last time decided to sing ‘Kabira’ and she happily got an applause from the music craving crowd that was there.
Overall, it was one of the most memorable evenings I had ever spent with enthralling music by my side. As all things comes to an end, I had wished this day would not have ended and I could have listened to the performance all night long.

#TheBlindList to a destination unknown

When I Bolted with the all New Tata BOLT