I had a wonderful privilege to attend a special screening of the movie Bhopal – A Prayer for Rain in Mumbai which in fact commemorates with the 30th anniversary of the deadly gas leak at the Union Carbide plant in Bhopal – the biggest man-made disaster in the history.
With a bit of restlessness and eagerness as well, I waited for the movie to start and trust me not even for a single minute I was left disappointed. Many things were going in my mind before the start of the movie but all those things were laid to rest just by the first frame itself. 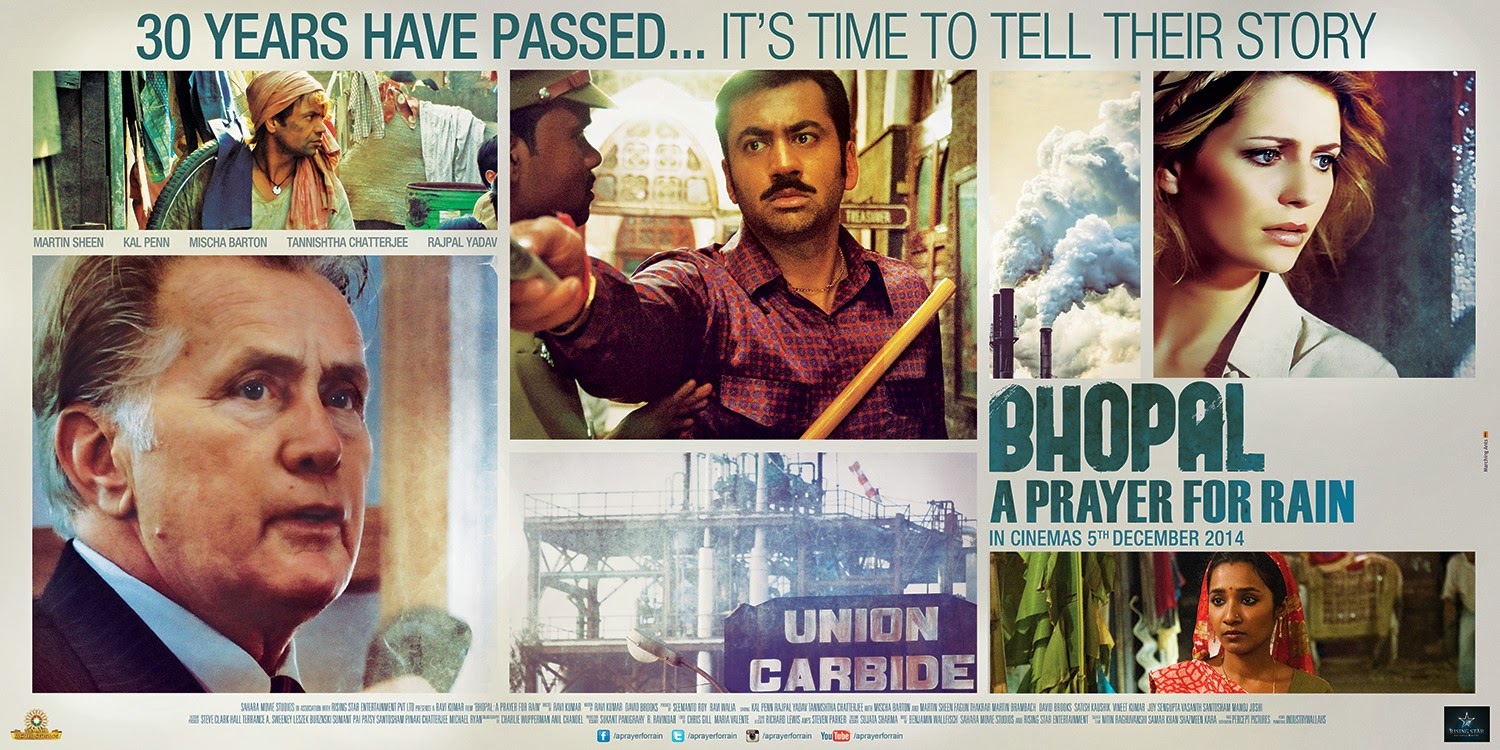 I flew back in time with those dusty and dirty roads of yesteryears, unhygienic state of living (which shockingly still exists in some parts of our country) and more importantly a constant struggle to earn a livelihood. Rajpal Yadav portrays a role of a labourer with finesse and Tannishta Chatterjee essays the character of concerned and highly understanding on screen spouse with ease. Kal Penn portrays the character of a journalist trying hard to reveal the actual truth and in the process allows the viewers a break from all the gloom and sadness that is being presented on screen with his comic.
There are no songs and dance sequence in the movie but the void of a ‘commercial – money spinning movie’ is filled by a stark and striking background score, coupled with its dark and hard hitting facts, along with a subtle mix of varying human emotions which is very nicely brought out by all the characters in the movie. At times, few of the scenes left me shockingly disturbed especially at the tail end of the movie which made my heart to recoil in its shell.

But what was even more striking and audacious is the way the state government had handled this disaster at that time, brazenly passing the responsibility off their shoulders and I don’t see any better even today after three decades of the disaster.
What was pleasing to see in the movie was the portrayal of the character of the chairman of Union Carbide, Mr. Anderson played by Martin Sheen. One would usually think the character to be shown as the villainous and the bad guy but it is actually not. Yes, the character is grey, with no signs of remorse. But with the only concern of his image and reputation which should not take a hit whatsoever.
Breaking out from the commercial league of Cinema, director Ravi Kumar has taken a bold step in directing this social whodunit thriller without any gimmicky but with straight facts that will hit you hard and leave you thinking and worried for the future.
Overall, the director has done a thorough justice through his cinematic lens in this dramatization inspired by real events. Am sure you well have goosebumps making you to hold on to your seat tight while watching the movie and leaving you with one haunting question in mind –
– Thirty years later is the world safe?

Barfi – A treat to watch