He fumbled with the keys but eventually succeeded in unlocking the door.
It was way past midnight and as expected the lights in the living room were off and it did give him a spooky kind of a feel with a gush of wind blowing past him as he walked past the door, pushing it shut.
For once he wondered whether he was in his own house or not as he walked upwards, towards his bedroom, with sleepy eyes, only to hear some sounds emanating from inside the room.
With his heart heavy and palpitating, praying that she is all alone, he pushed opened the creaky door, slowly, and “Any man, any time has the chance to sweep a woman off her feet and he just needs a right kick, baby”, said his wife with the television switched on.
He dropped his hand bag then and there, switched on the lights, closed his eyes, and thanked God for giving him courage to enter the room and clear the misunderstanding that he had some minutes back as he found her waiting for him in her most seductive avatar ever. 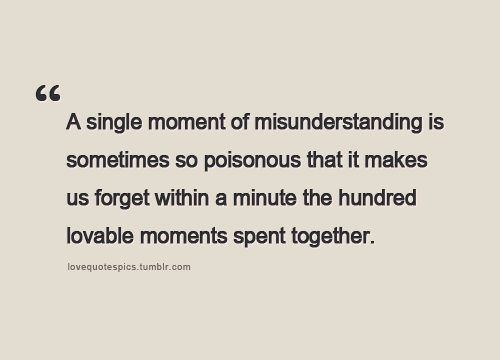 This post is written for Lillie McFerrin Writes – Home of Five Sentence Fiction and the prompt being ‘Misunderstanding‘.