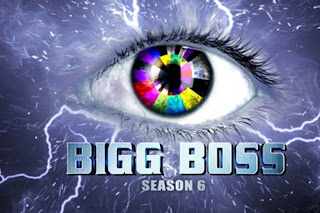 The Bigg Boss season 6 was programmed yesterday on national television with no reasons to obstruct your vision which had been the case in previous seasons. Yes, this time around there won’t be any scenes worth watching in your bedroom. All the scenes can be watched in front of everyone without any restrictions from elders. A lame person would definitely raise an eyebrow to it with as much amount of dissatisfaction. Yes, you can say there is some sort of censorship this time around (to only please Kapil Sibal & Co).
The theme this time around is based on the 3 Monkeys of Gandhiji. Hence you can’t view and hear contestants mouthing foul language as well as speaking it. So in short after censoring the original concept, it doesn’t feel like you are watching Bigg Boss. It feels as if you are going to be viewing a daily soap of 4-5 serials consolidated.
And moreover the contestants this time around does not engage us to sit in front of our television set and see them doing craziest of things never done before. The fights shall be no more. No more of flirting, good night kiss and more. Plus there will be an added torture in form of Sidhuisms along with some unknown models whose names you might have never heard off. Ahh not to forget the hair stylist. I would rather leave my hair as it is rather then having it trimmed by such dangerous looking person with a tattooed body and all white hair. It gives me a feeling of being an eccentric. Anyways what will she do in the house is to look out for. Then there is a divorced couple on the show probably to have a second start to their innings. And two social activists are also on the show who are there as a supporting cast to the other lead
The only saving grace this time around is the house. With such wonderfully decorated house, neat designs and excellent use of space and colours will be worth viewing and planning to do for your homes some time soon. And of course Salman Khan, his charm and enthusiasm without whom the previous seasons couldn’t have been a huge success.
Do watch it the first few episodes and then can view it occassionally unless you don’t have something important to do.

A letter from Me to You, You & You

The World Is Your Stage with The #fame App